A lesser-known VPN but a good choice for online surfing. 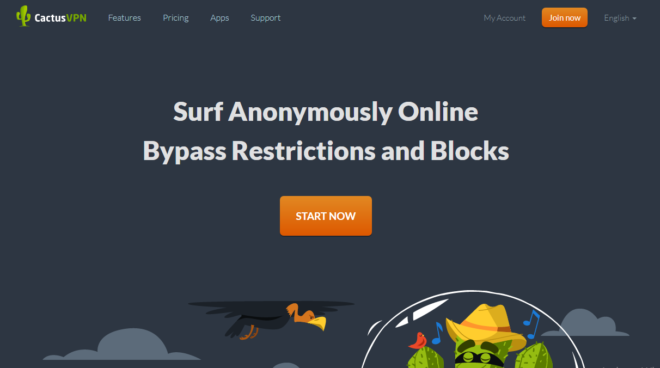 CactusVPN is a lesser-known VPN service that has, regardless of that, attracted quite a few users in the last few years. However, with the number of VPN services constantly being on the rise — and for good reason — it can be difficult for new VPN users to decide which service is good for them.

Not all VPNs are the same, and even among the best ones, services can be quite different. With that in mind, we have been reviewing some of the best-known and popular VPNs to see if they are really as good as they would want us to think, and the one we are handling today is CactusVPN itself. 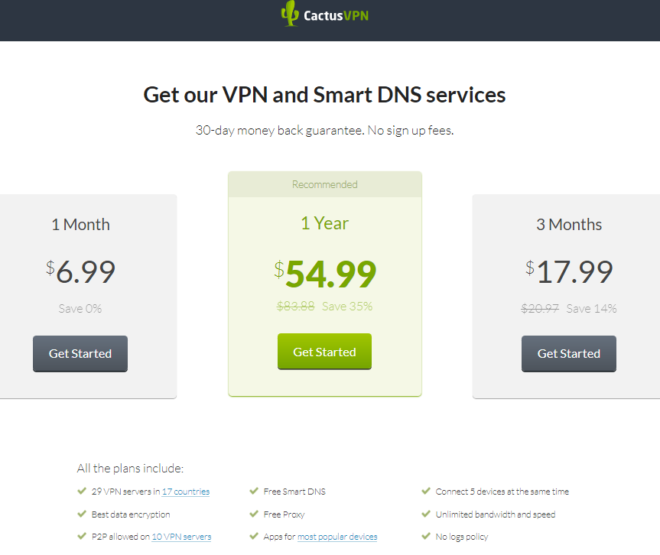 To start off this review, let’s begin with Cactus VPN plans and prices. The provider charges significantly less than most other services. In some cases, its prices are only half of what some of the top VPNs are charging.

CactusVPN’s monthly fee is definitely much lower than what its competition tends to charge, but its longer plans also provide a lower discount than others. The prices are still not bad, but it is worth keeping such details in mind.

Fortunately, Cactus VPN is very easy to install, set up, and use. This makes it great for first-time users, even if they do not have much technical knowledge.

It offers many dedicated apps for various devices and systems (more on that later on) and once you log into the apps, you will see several tabs, including BPN Service, Smart DNS, Settings, and App Killer.

Simply go to the first tab — VPN service — and you will find a drop-down menu with server locations. Choose the one you wish to connect to, hit the big, green Connect button, and that’s it.

In the settings, you can select the protocol and see other options that the VPN allows you to modify. There is not much that you can modify, but it is pretty simple to understand and use all aspects. 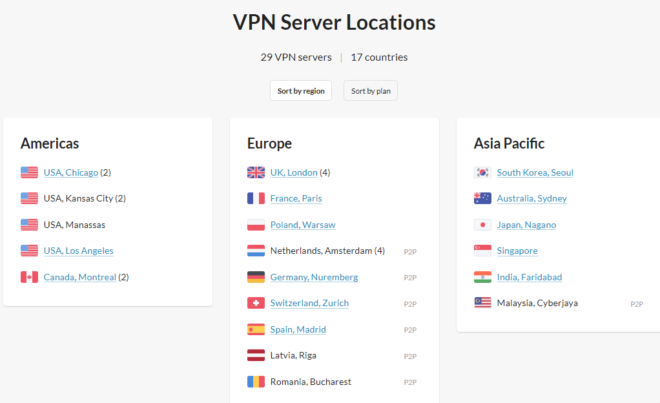 To be quite honest, CactusVPN does not offer a huge server network, definitely not as many as thousands of servers that you can find with some of the top VPNs in the industry. Instead, it only has 31 of them, located in 19 different countries.

It has 6 servers in the US (2 in Chicago, 2 in Kansas City, 1 in Manassas, and 1 in L.A.), and 2 in Canada (Montreal) It has somewhat better coverage in Europe, with 4 servers in the UK, and just as many in the Netherlands. It also has one server in each of the following countries: France, Poland, Germany, Switzerland, Spain, Latvia, Romania.

Finally, it also has 5 servers in the Asia-Pacific region, including one in each of the following countries: South Korea, Australia, Japan, Singapore, India.

We are also glad to say that CactusVPN is one of the legitimate services that respect their users’ privacy. The service offers strong privacy and security features which will be discussed later on, but it also doesn’t keep logs, which is always important for everyone who wants to make sure that their actions will truly be their own.

The bottom line is that, when it comes to privacy, CactusVPN is safe and reliable, which is something that should matter to beginners and experts alike.

CactusVPN comes with quite a few useful features, as mentioned previously. If you opt to use this service, you can expect to see: 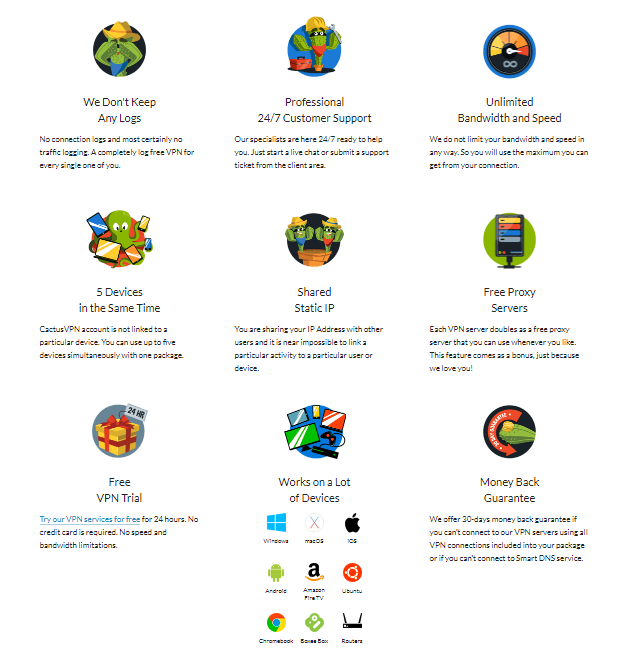 In fact, considering the prices, many might be surprised to see all of this offered as part of its package. However, it is clear that the service had to make sacrifices, and its server network never reached impressive heights. Even so, while it may have only a few servers, they are located in the most important regions, which also counts towards the final score.

CactusVPN uses strong encryption (256-bit AES) to make your online traffic unreadable to anyone who might try to spy on you. While the traffic is already hidden behind security protocols (OpenVPN, L2TP/IPSec, SoftEther, SSTP, PPTP, IKEv2), leaks are common in the VPN industry, which is why encryption is also highly necessary.

With it, your data will be safe from online criminals, as well as authorities, and even from your own Internet Service Provider (ISP).

As you may know, customer support is extremely important for any VPN user. Whether you have a question or an actual problem, you want to be able to find an answer as soon as possible, and the quickest and easiest way to do so is to contact the company’s support.

CactusVPN handles availability rather well, as it offers a support ticket, live chat, or email. In addition, it also has a pretty detailed FAQ. The only thing that we disliked about the support is the fact that they would rather direct you towards said FAQ if you have a question, than answer it directly, even when it comes to simple requests.

But, as mentioned, FAQ is pretty well-written and detailed, so you are likely to find the answer you need within minutes.

Money-back guarantee is another thing that users like to see from their VPN provider, as there is always a chance that they might discover that the VPN doesn’t fulfill all of their needs. And, with so many services around, there is a good chance that some other provider does offer everything you might want.

CactusVPN knows the importance of a long money-back guarantee, and it offers one that lasts for 30 days. This is the VPN industry’s average, and we consider it to be more than a decent length. There are services that offer longer, or shorter money-back guarantees, but this one is what you will find at most providers.

This does put you, the user, in a bit of a problem, as it seems that the service won’t return your money if you simply can’t use it in a way you wanted to. So, while a 30-day money-back guarantee is a great length, it is rather selective when it comes to which requests it is going to fulfill.

From what we have seen, CactusVPN speed is pretty good, which was unexpected, considering the low number of servers. The fewer servers the service has, the more likely it is that they will be overcrowded and slow. However, CactusVPN was perfectly capable of allowing us to stream videos without any connection issues, which is another plus and an extra point for its reliability.

Finally, it is time to talk about the service’s compatibility. This is another area where CactusVPN did not disappoint, which was also a pleasant surprise, considering the fact that it is a low-priced service that is not that well-known.

CactusVPN offers dedicated apps for Windows, macOS, Android, iOS, as well as for Android TV and Fire TV. In addition to that, it also features two browser extensions for Chrome and Firefox, which basically means that you can use it on any device on which you can install one of these two browsers.

As a result, you are likely to be able to use CactusVPN on most devices that might require it, as Chrome and Firefox have their own versions for all kinds of devices and different systems.

In the end, is CactusVPN a good VPN service? We believe that it is, although we must, once again, stress that it comes with certain limitations. It only has servers in a handful of countries, and most countries only feature a single server. On the positive note, even with such a small network, CactusVPN manages to maintain good speeds, and it can unblock censored services.

It won’t be able to unblock Netflix for you, and the same is likely true for other major streaming sites that tend to block VPNs, but it is a good choice for beginners who wish to be safe online and bypass their country’s censorship and surveillance.