A Review For Turbo VPN

A privacy-focused VPN that lacks some key features, compatibility, and customer support.

If you are trying to protect your privacy and security while browsing the Internet, then you are probably looking for a “Virtual Private Network” (VPN). Many VPNs compete in a growing market. Turbo VPN, a Singapore-based VPN is one of them.

Many VPNs make impressive claims about their products and services. They claim to offer privacy, security, access to geo-restricted content, secure access to P2P/torrenting services, speed, customer support, etc. The reality often varies from the claims, therefore, you could find it hard to choose once. 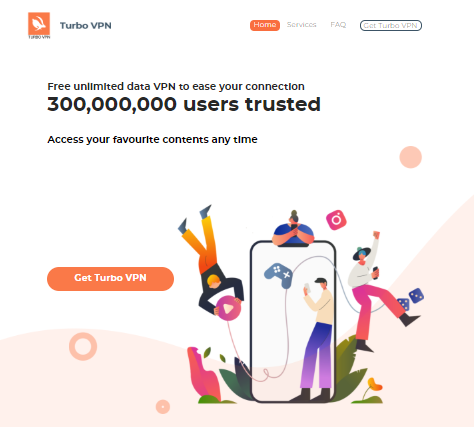 How does the reality of Turbo VPN compare with its promises? Does it meet your requirements and should you buy it? Read on, as we explain these in this review.

When you consider that this plan covers the iOS app only, you can clearly see that Turbo VPN is very expensive!

After researching some more, we found the following pricing plans with respect to the Turbo VPN Mac app:

The Turbo VPN Windows app has no pricing information. The Google Play page about the Turbo VPN free Android app indicates that there are in-app purchases, however, it provides no more information about its pricing.

The Mac and iOS plans offered by Turbo VPN are very expensive. The website or the customer support team of Turbo VPN provides no information about the pricing of its Android and Windows apps. The customer support team asked us to find out the pricing plan from the free app. Internet users looking for privacy and security know that free VPNs have limitations. They might not agree with the idea of installing a free VPN app to find out its pricing information. You can find many market-leading VPNs with cheaper products and services, moreover, they maintain transparency about this pricing. If pricing is a key factor for you, then we recommend that you explore another leading VPN.

To buy a Turbo VPN VIP plan, you need to pay using the Apple App Store or Google Play. You need to use the payment methods that these app stores allow.

As we have explained, you need to pay using Apple App Store or Google Play. These app stores provide security to your payment transactions. 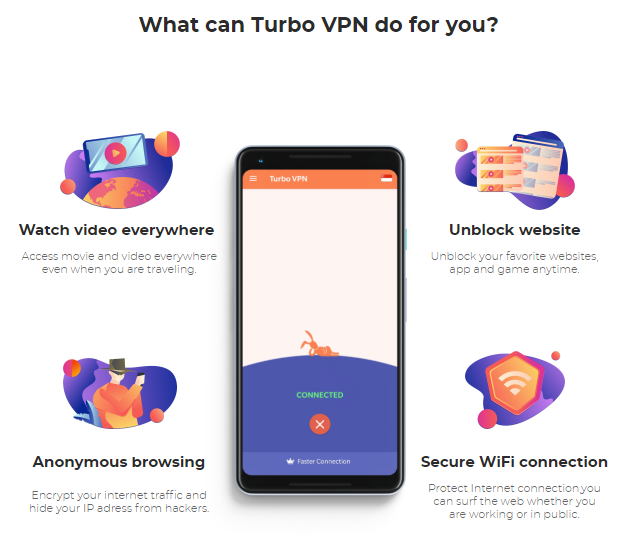 We now evaluate the features that Turbo VPN offers.

5 simultaneous connections: You can connect 5 devices simultaneously with one Turbo VPN account. This compares well with most VPNs. However, Turbo VPN doesn’t support Linux, which is a drawback.

“Kill switch”: Turbo VPN offers a kill switch on its Mac app, which will block your Internet connection is the VPN drops suddenly. This protects your sensitive information in the case of sudden termination of the VPN connection. Turbo VPN doesn’t mention whether it offers a “kill switch” for its iOS and Android apps. Its customer support team didn’t respond to our question in this regard.

We noticed that Turbo VPN doesn’t offer some key features or maintains silence about them. These are as follows:

Preventing IP, DNS, and WebRTC leaks: Turbo VPN doesn’t state whether it prevents such leaks. This is a very basic feature and most VPNs prominently state that they prevent such leaks. Many VPNs offer tools so that you can test whether their claim is true. We asked about this to its customer support team, however, we didn’t receive a response.

“Perfect Forward Secrecy” (PFS): This feature changes your encryption key regularly. Even if hackers get hold of your encryption key, they won’t be able to use it for long since PFS will soon change it. Turbo VPN doesn’t state whether it offers this feature, and its customer support team didn’t answer our question regarding this. Turbo VPN is expensive, and it should offer PFS.

Bypassing the “Great Firewall” of China: Turbo VPN does explicitly mention that it doesn’t work in China.

For its price, Turbo VPN doesn’t offer the features that it should. If you want value for money, then you should explore other market-leading VPNs. 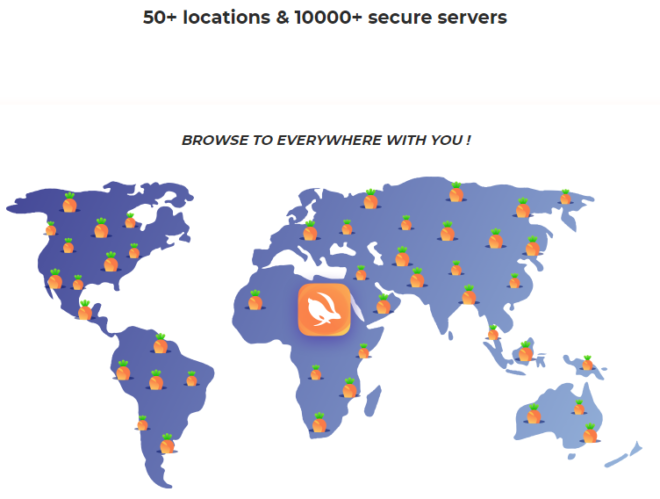 VPNs that have a sufficient number of servers across all key geographies can offer good speed. Turbo VPN claims that it has 10,000+ servers across 50+ locations. It doesn’t publish a list of its servers or server locations on its website. The Turbo VPN website shows a map with pictures of carrots on different countries indicating that it servers in these countries. This map isn’t interactive.

We saw that this VPN lists only 8 server locations in its Windows VPN app. We could not, in any way, verify the claim of 10,000+ servers. The Turbo VPN customer support team didn’t respond to our queries in this regard.

Turbo VPN has servers in the following countries:

Europe: The UK, Netherlands, and Germany;

North America: The USA and Canada.

We didn’t see any information that suggests that Turbo VPN has servers in Oceania, Latin America, or Africa. Turbo VPN doesn’t provide any information to substantiate its claim of having 10,000+ servers. Depending on where you are, you could see a slower speed. If you prioritize speed, then explore leading VPNs with a bigger server network.

Turbo VPN categorically states in its “Privacy Policy” that it doesn’t keep a log of any user activities. The company goes on to state that it doesn’t record connection timestamp, which websites its users’ access, or the IP addresses of its users.

Turbo VPN tracks the version of its app that a user uses. It collects the total sum of data transferred by a user, however, it doesn’t track the content. The company also collects anonymous data for network diagnostics. This doesn’t amount to keeping a log of users’ activities. Turbo VPN reiterates its “no logs” policy on its “Terms of Services”.

On its FAQ page, Turbo VPN states that it assigns a unique identifier to a user that ties up with the device identifier of the user. The company does that identify the service package users have signed up for before establishing the VPN connection.

Innovative Connecting Private Ltd., a Singapore-based company owns Turbo VPN. The jurisdiction of this VPN is in Singapore. There have been reports of Singapore restricting the freedom of expression and privacy of its citizens. We don’t consider Singapore to be an ideal jurisdiction for a privacy-focused VPN. Having said that, Turbo VPN doesn’t collect any logs of users’ activities. That should assure its users.
Turbo VPN has a clear “no logs” policy, and we are happy to see that.

Most VPN users take their privacy and security seriously, and encryption plays a key part in securing the sensitive data of VPN users. VPN providers go to great lengths on their website to explain the encryption solutions they use.

Turbo VPN doesn’t mention anything about its encryption solutions. Its app store entries only mention that it uses encryption. The FAQ section on its website states that it encrypts using the OpenVPN protocol. However, it doesn’t indicate what encryption strength it uses. When we asked its customer support about the encryption solutions it uses, we received no response.

VPN users want an easy-to-use VPN. That includes the user-friendliness of VPN apps as well as the website of the VPN provider.

The Turbo VPN website isn’t very user-friendly. You can easily find the links to its VPN apps, and these take you to the app stores so that you can download its free app. If you click the link for the Windows app, the software download starts automatically. Apart from that, you can’t find much information on the website. For example, the website doesn’t show the pricing or provide any guides.

The Turbo VPN apps are easy to install and use. We are happy with the user-friendliness of the Turbo VPN apps, however, its website needs to provide more useful information. 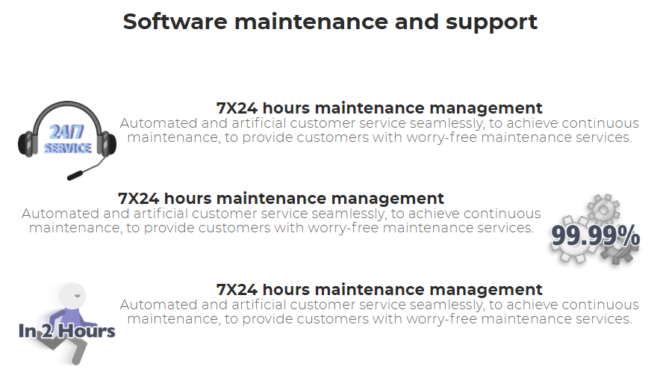 Customer support is a key consideration for most VPN users, and it matters more to the users that aren’t tech-savvy. Turbo VPN claims to offer 24×7 customer support using both automated and manual approaches. However, it doesn’t provide any notable customer support.

Turbo VPN offers no setup guides for any of its apps. If you want to manually configure a VPN connection on your device, then you can’t find any guides for that on its website. Most VPN offers guides for its products, and Turbo VPN lags behind its competitors here.

There is only one way to reach the Turbo VPN customer support team, and that’s by email. We sent a few straightforward questions to its customer support via email. Its response was to just point us to its Apple App Store and Google Play links. The support team didn’t answer even one of our questions.

The customer support team of Turbo VPN doesn’t demonstrate any willingness to support its users or potential buyers. It doesn’t answer questions, therefore, its troubleshooting capabilities are in doubt.

The Turbo VPN website has a FAQ section. The company doesn’t update it, though. For example, the FAQ states that Turbo VPN doesn’t work with a PC or Mac. However, the company sells a Mac app via the Apple App Store and has a Windows client. The FAQ addresses very basic questions like canceling an account or payment methods.

Turbo VPN doesn’t offer any money-back guarantee. If you are looking for a VPN that refunds money if you aren’t satisfied with its products or services, then explore other leading VPNs.

Turbo VPN offers a stable connection. Depending on where you are, you could experience slow speed.

Turbo VPN has paid apps for Mac, iOS, and Android. It offers a free app for Windows. It supports no other platform. If you want to manually configure Turbo VPN on any other platform, then you would need guides. Turbo VPN offers no such guides.

Effectively, you can’t configure this VPN on Linux desktop, which is a key platform. You also can’t install configure Turbo VPN on routers, smart TVs, etc.

For the price it charges, Turbo VPN supports too few platforms. If you want a VPN that’s compatible with all key platforms, then you should explore other market-leading VPNs.

Turbo VPN doesn’t keep any log of its users’ online activities. This VPN uses OpenVPN, which is a very secure protocol. Turbo VPN is silent about encryption solution, moreover, it doesn’t say anything about offering some key security features. This VPN can unblock Netflix, however, it can’t do that consistently. It maintains silence about whether it allows P2P/torrenting.

Turbo VPN supports iOS, Android, and Mac, moreover, it offers a free app for Windows. It doesn’t support Linux and routers. While it offers a free plan, this comes with ads and we don’t recommend you use it. Its paid plans are expensive considering the features it offers.